Primavera de Filippi: “In a decentralized infrastructure, it becomes more difficult not to have a concentration of power”

Primavera de Filippi: “In a decentralized infrastructure, it becomes more difficult not to have a concentration of power”

Primavera de Filippi is one of the most recognized researchers in the blockchain and law field. She investigates the legal challenges of blockchain and peer-to-peer technologies and recently published ‘Blockchain and the Law’, a book that brings a new vision about the world of blockchain and its legal implications. She is research fellow at the Berkman-Klein Center for Internet and Society at Harvard University and a researcher at the French National Center for Scientific Research (CNRS). She is also one of our P2P Models project advisors.

Blockchain is a very disruptive technology, and when it appeared, some people said it would be the technology that would return power to people. It has a decentralized structure by design so you can avoid using intermediaries. For example, people can make economic transactions without a bank. What do you think about it? Do you think there is any tension or even relationship between decentralization of power and decentralized technology such as blockchain?

This has been shown, over and over again, with many of the existing blockchain based networks, or DAOs, which rely on a decentralized infrastructure and a (decentralized) market based governance structure; and we have seen very well how most of them have evolved into a highly centralized system, controlled by a few players with a lot of resources (tokens or hashing power).

You just mentioned DAOs. What is a DAO?

There is no standard definition of a DAO. I can give you my definition. First, I want to  distinguish between decentralized organisations and decentralized blockchain-based organizations, which rely on a blockchain infrastructure in order to support their operation.  Then, within the latter category, we can distinguish between Decentralized Autonomous Organizations (DAO) which do not require any human intervention in the decision-making process, and Decentralized Collaborative Organizations (DCO) which is when humans actually coordinate themselves with a blockchain-based platform.

Would it be possible that a person establishes a labor relationship with a DAO? Can someone be contracted by a DAO contract to perform a job?

It depends on what you mean by possible. Technically, of course it’s possible. Legally it is not possible, yet.

You said “yet”. Have you imagined a future where that would be happening?And what would it mean for the law?

Well, either the law needs to provide legal capacity to a DAO, either you have to incorporate a DAO as an organization. But essentially as long as the law does not recognize legal personality and legal capacity to the DAO, then you cannot have a contractual relationship because there is no party to the contract.

Talking back about platforms and power, there are people talking about platform cooperativism as an alternative to platform capitalism (models such as Uber or Deliveroo), what do you think is the role of decentralized technologies in this context?

The platform cooperativist model is much easier to implement on a centralized model, because you have less variables to take into account

So the platform cooperativist model, in my view, is much easier to implement on a centralized model, because you have less variables to take into account. Hence, a  governance structure based on a cooperative model might actually be more able to ensure a proper distribution of powers over the infrastructure.

Once you move into a decentralized infrastructure, it becomes more difficult to ensure that you don’t have a concentration of power, because you lose the  power to control or ascertain who owns or controls the infrastructure. Indeed, in a blockchain-based system, you have a lot of different variables to take into account, and often do not have full control (or visibility) over the way in which many of those variables are governed or controlled.

Could blockchain technology help federated networks scale up in the context of platform cooperativism?

I don’t think it’s matter of scale, rather than a matter of interoperability.  If you have multiple nodes that want to interoperate and coordinate themselves, and you want to create a decentralized entity that is dealing with all the federated nodes, then you can do that via blockchain—which is interesting because you then don’t create any kind of hierarchization within the infrastructure. If you want to scale up, it’s probably better to make it centralized: You can create a federating entity that is at a higher level, but then you also need to implement a new layer of governance with regard  to how this higher level of entity is to be governed by the different nodes.

Your recently published Blockchain and the Law: The Rule of Code where you dive into the possibilities and tensions between this technology and the law. For a wider public, could you define what is a smart contract?

It’s a software deployed on a blockchain, with the characteristic that, once it has been deployed, it will be executed in a decentralized manner by all the nodes of the network. The implication of that is that no-one can modify or influence, or even stop the execution of that code, because there is no centralized entity that controls its operation. With regard to law, we often say that “a smart contract is to a contract what a koala bear is to a bear. They share the same name, but they have nothing in common.”

Primavera, talking about women in tech: Do you think gender roles apply in blockchain communities?

From my experience, there are a lot of women in the blockchain space, but most of them are not working on the technicals, they are more working on the legal, communication and so forth. 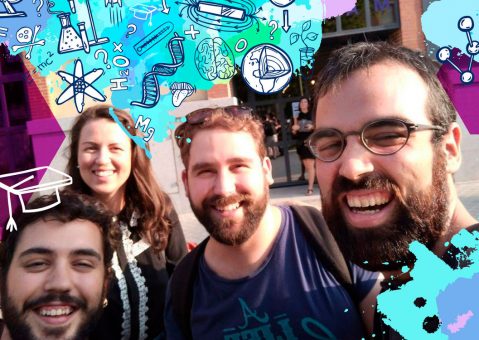 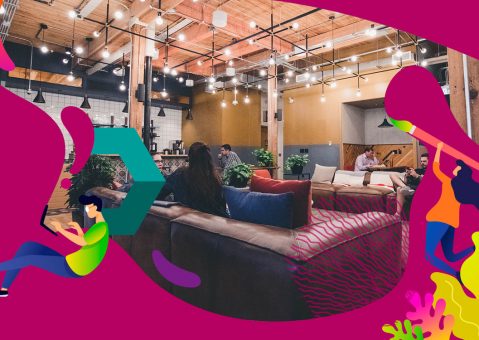 The six principles of the research approach in P2P Models 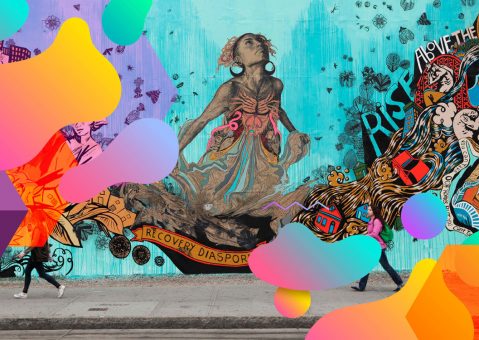 Exploring the potentialities of blockchain for commons governance