Blockchain technology enables new kinds of decentralized systems, but is this really true? As a research group, in P2P Models we explore social and political imaginaries about blockchain. The paper by Silvia Semenzin, David Rozas and Samer Hassan, Blockchain-based application at a governmental level: disruption or illusion? The case of Estonia, explores several blockchain-based socio-technical objects to identify the narratives that have emerged in Estonia, a perfect example to research this topic as the alleged first national infrastructure integrating blockchain.

First, the paper examines the work related to Blockchain’s myriad interpretations,  then focuses on the possibilities for blockchain-based governance. It then discusses an overview of the Blockchain’s narratives and the imaginary policies that surround it in the case of Estonia.

Blockchain-based governance and its narratives

Within the emerging literature on Blockchain-based governance, we find a significant contrast between two standpoints: on the one hand, a set of hegemonic discourses that inherently assume that anything that can be decentralized will be. On the other hand, a critical standpoint highlighting the reductionist character of the first, within which the counterargument is that the massive adoption of blockchain services, without public institutions to coordinate them, can create new oligarchies and increase social polarization.

To simplify Blockchain’s wide spectrum of political approaches we have employed Husain’s categorizations (2020) to understand how blockchain narratives can be shaped according to different political agendas. In this sense, the practitioners of Blockchain fall into two main groups: crypto-anarchists and crypto-institutionalists. The first concerns projects and initiatives that consider the disruptive potential of blockchain as a means to diminish the power of government institutions. On the contrary, the latter denotes an interest in blockchain projects led by the Estonian Government. This polarization gives rise to different narratives around the Blockchain.

A relevant example of this dispute can be seen in the architecture underlying the Blockchain, that is the conceptual distinction between permissionless blockchains (public) and those with permission (private). Permissionless Blockchains can be seen as open networks in which anyone can participate. On the contrary, private blockchains are closed networks: adding and modifying data requires management permission.

The case of blockchain in Estonia

In 2008, the Estonian Government announced the launch of ‘E-Estonia’, an ambitious project aimed at digitalizing all kinds of government-related citizen activities. The best-known example is e-Residency, which, in 2014, saw the launching of a digital identification card that facilitates both public and private business activities in Estonia.

Estonia uses Blockchain technology to ensure e-voting for citizens. Through the inclusion of blockchain technologies in its digital architecture, the Estonian Government claims to have fulfilled these aims: by relying on the immutability and decentralized nature of blockchain, citizens can be sure that their information stays secure and can therefore trust the government.

However, looking at the aforementioned blockchain applications at the institutional level, we identify the existence of conflicting narratives with respect to the use of blockchain in Estonia within the crypto community.

If you want to know the approach and methods used to arrive at our conclusions, please unfold the table below

Observational, interviews and documentary analysis of the sociotechnical imaginaries that support the Blockchain as a social and cultural object in applications in the financial sector in Tallinn (Estonia)

The first author participated in several online and offline activities over one month in Tallinn (Estonia), which allowed  her to access and understand the meanings of a variety of individualized imaginaries around the blockchain

A documentary analysis was carried out in order to review and evaluate documents and establish the various meanings around the blockchain as a socio-technical object in dispute. In total, 15 documents were analysed and encoded. These include official documents from Estonian institutional informants, technical documents and blog and Facebook posts linked to Estonian blockchain groups

Conceptualizing transparency at an institutional level

The lack of a universal agreement on how a Blockchain should be designed also generates an important debate about the purposes of the use of the Blockchain and its relationship with the concepts of privacy and data ownership. Supporters of public blockchains focus on the concepts of transparency and peer validation. Transparency in this sense is opposed to the traditional concept of privacy because, in a public blockchain, anyone can see others’ transactions. In the cryptocommunity, and in particular for crypto-institutionalists, transparency offers an opportunity to increase trust in government institutions. The use of blockchain in Estonia is primarily associated with the need for cybersecurity; after receiving a massive cyberattack in 2007, cybersecurity became a central issue and led to the implementation of Blockchain at the architectural level.

In summary, the use of Blockchain in Estonia is mainly driven by political priorities related to the need to build a resilient infrastructure that can prevent further external attacks. Instead, in the case of E-Estonia, blockchains are used to maintain control of digital data.

The official documentation available in E-Estonia explains that it is based on three different digital systems: e-ID, X-Road and KSI Blockchain.

e-ID refers to an electronic identity document; in other words, a digital identity service, including an electronic ID-based system for accessing the digital service. X-Road makes reference to an open-source data exchange layer solution that enables interoperability between institutional organizations. It is used to share  information between public institutions in a secure form and enables the automatic exchange of data not only internally but also between countries. The last component of Estonia’s digital infrastructure includes the so-called KSI Blockchain which supposedly refers to a timestamp system used to preserve the integrity of digital documents within multiple public records (e.g., health care, property).

The different narrative clashes  were identified in the analysis of the X-Road and KSI Blockchain systems. From this analysis, it seems clear that X-Road is independent of any distributed registry operation, including KSI Blockchain. Still, it seems that the E-Estonia infrastructure uses KSI Blockchain for timestamping documents. However, another debate opens up: is this KSI Blockchain a real blockchain? Some informants from the crypto-anarchist sphere argued that E-Estonia should not be conceptualized as blockchains. This position was not shared by the crypto-institutionalists.

Decentralizing what? When blockchain's perspectives clash

What does “decentralization” mean in relation to the use of blockchain-based technologies for Estonian institutions?

These perspectives are strongly opposed to those of crypto-anarchists, for whom blockchains are ‘impartial’ precisely because of the transparency provided by the opening of the ledger. Crypto-anarchist and libertarian blockchainers perceive decentralization as a means to reconsider the Internet as an open market with free-flowing ideas and information. According to libertarian positions, a “private blockchain” makes no sense because it is incongruent with the nature of the blockchain.

What emerges from this clash of views is that, for some institutional and private actors, the Blockchain should be private because it improves efficiency and speed. On the contrary, for those who have more libertarian views, it is impossible to separate the essence of blockchain from a completely distributed and open architecture.

The Blockchain has attracted the attention of political institutions, which are interested in using distributed architectures to increase confidence in governments and politicians. It is argued that the decentralized and transparent nature of the Blockchain facilitates citizen control over government activities and provides solutions to problems of corruption and inappropriate use of data. However, the data collected for this study reveals how Blockchain applications were used at the government level to reinforce existing centralized practices.

Therefore, at least for the case of Estonia, blockchain technologies applied at the public and institutional level seem to be at odds with the promise of social disruption, and continue to exploit the “rhetoric of empowering the disenfranchised through decentralized decision-making process, enabling anonymous of transactions, dehumanizing trust” (Gikay and Stanescu 2019)

In Estonia, the concept of transparency is used as a synonym for data privacy, in which trust in the government would be won by  guaranteeing cybersecurity and data control. However, the concept of decentralization remains very much second to  generating an illusion of disruption.

In conclusion, because of the lack of universal definitions of what constitutes a blockchain, different technological narratives are emerging around a concept which offers influential areas for exploitation in public imaginaries, according to different political agendas.

Designs are by Elena Martinez 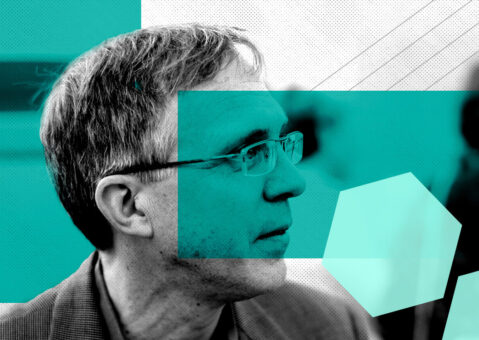 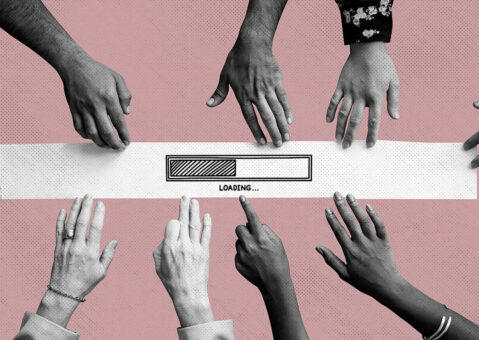 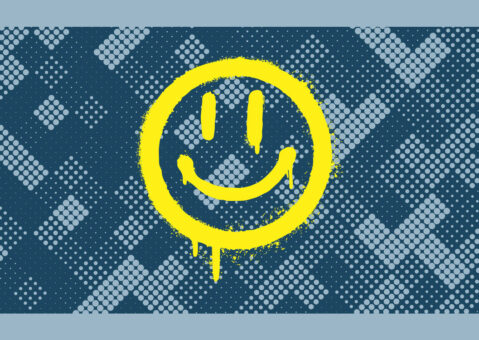